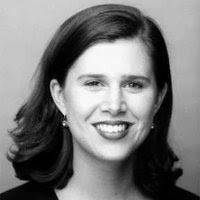 Betsy Wilson probably never stops humming “That’s Amore,” the famed Dean Martin song that introduced “Logistics,” the first global campaign for UPS in its 103 year history.  The delightful commercial became a popular favorite, whether sung in Mandarin, Spanish and English, largely due to lyrics that reflect the new UPS mantra:

However, Betsy also never forgets that for UPS, harnessing logistics has become a powerful, transformative tool in package delivery, particularly when the company serves 220 countries and territories worldwide.  She believes that their logistics can help any organization compete more effectively.  Now, UPS simply uses the expression “We ♥ Logistics” to evoke their point of difference.

Ms. Wilson is starting her tenth-year at the Atlanta-based shipping giant and is responsible for both US and international advertising for all channels.  Her career has been centered in Atlanta since her days on the ad agency side of the business.  Prior to UPS, she served as VP/Associate Media Director at Fitzgerald + CO Advertising, working with clients like Georgia-Pacific, AFLAC and Aruba Tourism Authority, along with roles at J. Walter Thomson and BBDO Atlanta during the start of her career.
The Logistics campaign has run in 25 countries, and reflects the company's evolution since going public in 1999.  UPS acquired more than 40 companies in the past decade to bolster its services, from primarily shipping parcels to a full logistics provider.  Today they offer trucking and air freight, retail shipping and business services, customs brokerage, finance and international trade services.  Or as Ms. Wilson says, “Logistics became the focus as a way to articulate everything we do.”

Before introducing the campaign in September 2010, UPS did extensive research and learned that many customers are intimidated by the cultural challenges of shipping to other countries.  For example, they found that 70% of UPS's U.S. customers export to just one country, typically Canada.  Only 3.9% of the 29 million small businesses in America are exporting, while 95% of the world’s consumers live outside the U.S. Facts like these became the inspiration for creating “Logistics.”

In 2011, UPS continued its Logistics campaign by focusing on key business sectors like healthcare and by adding the aforementioned “heart” logo with simple outline cleverly shaped by an arrow. "The overall message of the campaign hasn't changed," says Betsy Wilson, "although one of our 2011 objectives focused on specific industries to demonstrate through customer examples how leveraging the power of logistics can improve their business performance."  One such example features Take Endo Pharmaceuticals in an ad that shows how the Logistics model works and improves efficiency, while highlighting how UPS shipped temperature-sensitive products for the company around the world.

"Holistically, we want businesses of every size, industry and geography to start thinking about logistics as something more than just a process to be managed. We want them to see logistics as we do-- a powerful, transformative tool that can help any company better compete. We also want them to understand UPS's unique industry position to help them harness that power."
The company also created a dedicated microsite, www.thenewlogistics.com, which contains downloadable case studies, tips on growing your business and becoming more sustainable, as well as a corresponding Facebook fan page, Twitter feed and YouTube channel.

UPS has announced increases in both total revenue and adjusted operating profit in 2011, as well a 21% improvement in earnings per share for the fourth quarter 2011 versus the same period last year.  Not bad for a small messenger company that started in 1907. Now that’s the power of logistics.