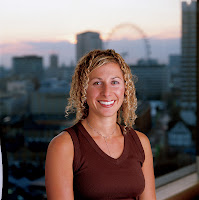 Michelle Klein has experienced an extraordinary 18 months.
She orchestrated Smirnoff’s worldwide participation platform, The Smirnoff Nightlife Exchange Project, considered to be one of the most innovation marketing programs in the drinks business.  Not only did she rally 50 countries to share the best of their nightlife on a single, record-breaking night, but she followed with Madonna, who partnered with Smirnoff to find the world’s best dancer to join her next tour.
When asked about challenges to a program so big and so daunting—even for the world’s top-selling vodka brand, Michelle’s response was matter-of-fact: “Consumers absorb media in so many different ways across the globe. What might act as a powerful channel in one market (e.g. mobile in Africa), may be less relevant in another. For brands, it’s about creating compelling content that can extend and adapt across a multitude of channels to reach consumers in the most relevant way.”
The Smirnoff Nightlife Exchange Project used social media to leverage all activity, and engaged over 10 million people globally.  The Project more than quadrupled Smirnoff’s number of Facebook fans.  For the past five years, Michelle has focused on changing the vodka brand’s digital and social presence by creating marketing programs that focus on consumer co-creation, both physically and digitally.  Nightlife Exchange started with a brand idea called “Be There,” which she describes as a philosophy about getting out and having amazing nights, and taking  it from a brand concept to something that people could actually touch and experience.
The Nightlife Exchange Project asks fans to submit ideas on one of Smirnoff’s 50 localized Facebook pages about what makes their home city’s nightlife unique.  Smirnoff then uses the suggestions to “city swap” party ideas to unite the globe for the annual, big, record-breaking bash.  For example, British food and music may be featured in Miami, while Smirnoff brought South Beach to London, recreating a beach at an indoor venue.
Madonna's appearance at New York's Roseland Ballroom in November was the final act in the global series of 2011 Smirnoff Nightlife Exchange events.  Smirnoff fans had the opportunity to compete to become a dancer on her next tour; the performer chose her new dancer in person at the Roseland from 10 finalists selected from online video submissions.  Smirnoff partnered with Madonna to capitalize on her fame, her originality and ability to create cultural movements.
Why is Michelle Klein so passionate about international marketing?  She admits that she enjoys learning about different cultures and consumer insights, particularly “understanding how consumers feel and think about brands from market to market and the how to build stronger connections based on those local market insights.”
Michelle is certainly an internationalist.  Originally from South Africa, she grew up in Australia, spent 7 great years in England, and is now living in (and loving) the USA.  She started her career in PR in Australia. She has written for the Sydney Morning Herald and established an internal agency as part of The Illustrated London News Group and Sea Containers. She has worked agency-side, leading the British Airways global account at Agency.com. After too many years of living with London’s bad weather, Michelle moved to New York to take on the role with Smirnoff.